An hour and a half from Covington, north of Bogalusa near Columbia, Mississippi, is a place called Morgantown. It's a small place, on the west side of the Pearl River, lying on either side of the railroad track between Foxworth and Monticello, MS.

Then, just two miles north of Morgantown on Hwy. 587, is Red Bluff, a scenic overlook from which you can see miles and miles, plus one of the most colorful eroded bluffs you can ever imagine. It's been a favorite picnic spot for years, and the erosion is ongoing, so one has to be careful where one stands. The colors are magnificent, and they change depending on how much sunshine and overcast sky there is.

Click on the images below to make them larger. 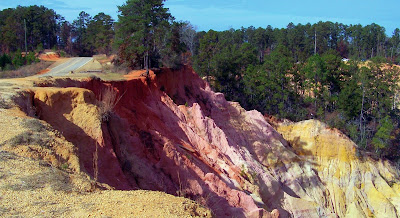 The erosion is so active, in fact, that the road running by the west side of Red Bluff caves in every so often, and the highway department kept having to move it back. A few years ago, the state finally said "enough is enough" and they moved the highway several hundred yards to the west, away from the bluff, and to get to Red Bluff now you have to turn off the new highway and access the old section of highway that is, sure enough, caving in as we speak. 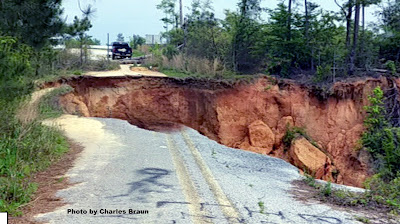 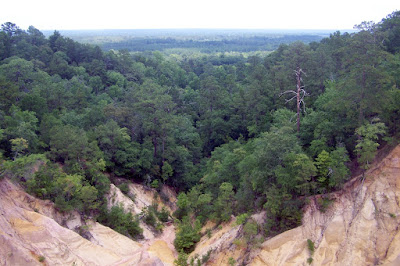 When you get out of your car you are tempted to walk right up to the edge and stare. But, be careful, because after you do that, often you walk around to the side and, looking back at the edge where you were standing, you notice that there was nothing under you but a big clunk of dirt suspended into space. The terra firma under you had been eroded away. If you bring small children, attach a leash to them before you get out of the car.

Take pictures and enjoy. Here are some pictures of what it looks like, but like the Grand Canyon, pictures actually do not do it justice. There's a person standing on the edge in the picture below; if you can find the person it will give you an idea of how big the bluffs are. Click on the images to make them larger. 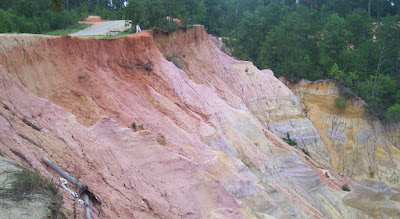 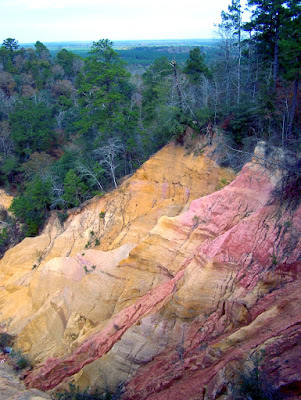 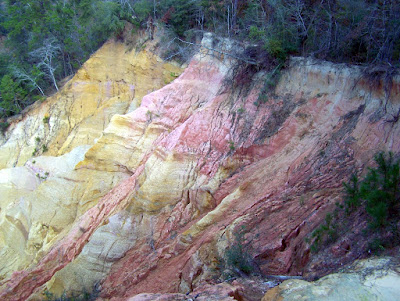 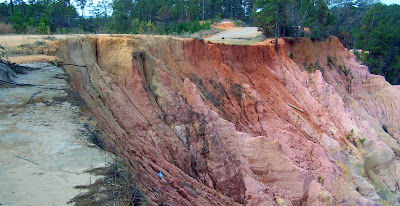 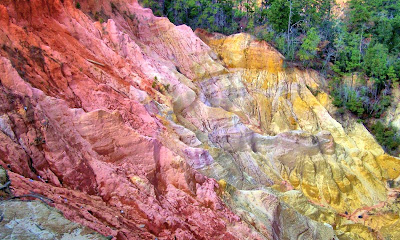 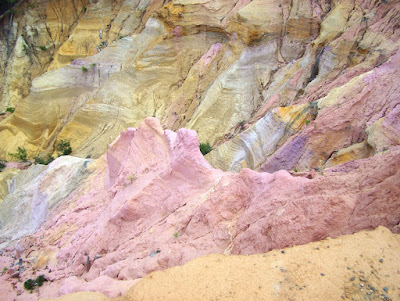 Click here to see where it is located on Google Maps 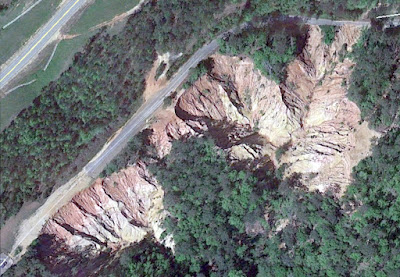